Ukrainian crew member who tried to sink Russian oligarch linked yacht: ‘It was my first step for the war with Russia’

But on February 26, with the ship docked on the Spanish island of Mallorca, in the Mediterranean, all that changed.

Ostapchuk saw media reports of a Russian missile strike on an apartment building in his home city of Kyiv. It was similar to the one he lived in with his wife, when he wasn’t aboard ship.

At that point, he said, “I think, my home can be next.” That’s when he decided to sink the yacht. “It was my first step for the war with Russia.”

In an interview with CNN from Ukraine, Ostapchuk, 55, said he connected the destruction in his home city straight to the man he calls the owner of the Lady Anastasia: Russian oligarch Alexander Mikheev. He’s the chief executive of Russian weapons company Rosoboronexport, which sells everything from helicopters, to tanks, to missile systems, to submarines. 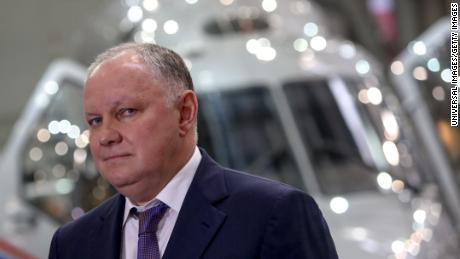 His mission, Ostapchuk decided: To scuttle the Lady Anastasia.

The latest phase of