The April 3 imagery from Planet shows a new so-called crosscut tunnel, according to Jeffery Lewis, a weapons expert and professor at the Middlebury Institute of International Studies.

“The telltale sign is the pile of spoil in front of the tunnel. That’s rock from inside the mountain as they dig the new tunnel,” Lewis said.

The crosscut tunnel intersects with one of the main tunnels beyond the entrance, providing a shorter distance to the underground launch area. In 2018, North Korea exploded the original entrance to the tunnel but likely did not destroy the entire underground structure.

This comes as North Korea may be preparing to take “another provocative action” next week in connection with Pyongyang’s April 15 holiday celebrating the birthday of the country’s founding father, Kim Il Sung, according to the State Department’s special representative for North Korea, Sung Kim. 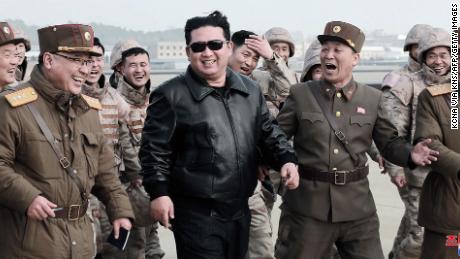