According to a government news release, provisional turnout was 30.2% by close of polls — far lower than the previous record low of 43.6%, in 2000. The last legislative election five years ago saw a 58% turnout.

In an attempt to boost the vote, the city offered free public transport all day — but rather than going to the polls, many Hong Kongers instead appeared to take the free trains and buses to hiking trails and campsites.

The results, announced Monday morning, saw pro-establishment candidates claim all 20 seats in the available geographic constituencies. None of the city’s major pro-democracy parties fielded any candidates.

Carrie Lam, the city’s leader, thanked voters late Sunday night, saying it was “an important election following the improvements to the electoral system to implement the principle of ‘patriots administering Hong Kong.” 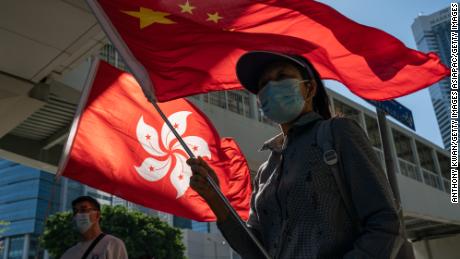 The vote comes two years after